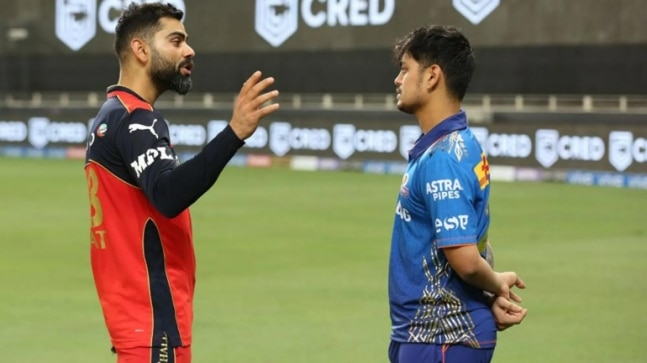 Mumbai Indians wicketkeeper-batsman Ishan Kishan on Friday published the readability Virat Kohli gave him forward of the approaching T20 Global Cup, which helped him to get right into a just right way of thinking.

Within the ultimate couple of video games, Mumbai Indians wicketkeeper-batsman Ishan Kishan has were given his mojo again. The teen has silenced his critics together with his efficiency with the bat and confirmed why he was once decided on for the approaching T20 Global Cup, beginning subsequent week within the UAE and Oman.

Kishan, who scored 84 runs off simply 32 balls towards SunRisers Hyderabad on Friday, published his emotional chat with Virat Kohli, which gave him readability in his function within the Global Cup.

“I had a good chat with Virat bhai, Jasprit bhai also helped me. Hardik Pandya and Krunal Pandya also supported me. Everyone supported me and said this is a learning stage for me and make sure that I should learn from my mistakes here and not repeat it during the T20 World Cup,” stated Ishan after the fit towards SunRisers Hyderabad.

Kishan was in a belligerent mood against SunRisers Hyderabad as he went hammer and tongs and didn’t spare a single SRH bowler to bring up his fifty in just 16 balls, the fastest half century this season.

It was raining boundaries and sixes for Kishan in every over as the Mumbai Indians raced to 78 runs in the first five overs. The menacing partnership between the openers was finally broken in the sixth over by Rashid Khan when he induced a top-edge from Rohit which was brilliantly caught by Mohammad Nabi running backwards.

But Kishan was in a relentless mood as he continued to use his long handle to great effect and put immense pressure on the SRH attack. It looked like child’s play for Kishan as he clobbered Rashid over the deep midwicket to bring up the team’s 100 in 7.1 overs.

Kishan finally departed in the 10th over when he top edged an Umran Malik delivery to Wriddhiman Saha behind the stumps.

Click here for IndiaToday.in’s complete coverage of the coronavirus pandemic.