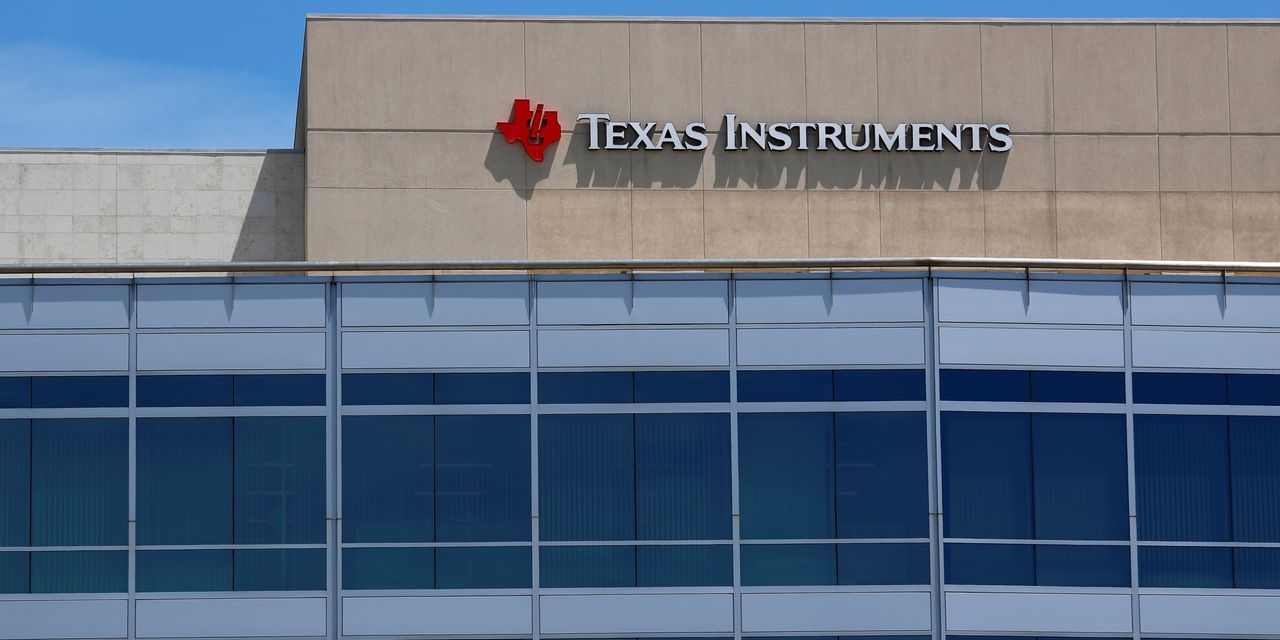 Chip making is an expensive undertaking. For those figuring out how to make it less so, the continuing shortage has actually been even more painful.

The past year has brought an explosion in capital spending by the companies that manufacture semiconductor products. The biggest numbers have come at the top of the pyramid:

or TSMC, reported Thursday that capital expenditures for 2021 totaled a whopping $30 billion—up 66% from the previous year and nearly triple the company’s average over the previous five, according to FactSet.

and the semiconductor side of

are likewise expected to report double-digit jumps in capital spending for the year, with the total bill for the three projected to come in around $80 billion.

TSMC, Intel and Samsung focus on the most advanced manufacturing technologies, often referred to as leading edge. That means the three also account for the majority of the industry’s capital expenditures. But TSMC also does a substantial amount of work at the so-called trailing edge, where older production processes and tools are used to produce less expensive chips. Based on data reported Thursday, half of TSMC’s revenue in 2021 came from what are considered “mature” processes. The company said in its conference call that it expects to spend 10% to 20% of its planned capital budget of $40 billion to $44 billion this year on those older processes.

Companies that use trailing-edge processes almost exclusively to produce their designs aren’t being spared the bill pain either. Capital expenditures for

are estimated to have surged an average of 122% in 2021, according to FactSet data. Expenditures as a percentage of revenue for those five is estimated to average 7% in 2021 compared with a historical average of 5%.

Trailing-edge chips include everything from microcontrollers used in cars to power-management circuits used in household appliances. They command much lower price tags than, for example, the AI processors used in data centers. So the business models of trailing-edge producers rely on using older equipment—often fully depreciated. But the shortage has made such gear hard to come by, which gives companies such as

says this segment now accounts for about half of the company’s foundry/logic revenue, which jumped 46% to $9.8 billion for the fiscal year ended Oct. 31.

That still isn’t enough. Scarcity of the necessary gear has exacerbated the impact of the chip shortage on these product segments. Lead times—measuring how long it takes between when a chip is ordered and when it is delivered to the customer—hit nearly 33.9 weeks in December for microcontrollers compared with the chip industry’s average of 25.8 weeks, according to the latest research from Susquehanna. Analyst

noted that some microcontroller unit buyers are being quoted lead times of more than a year.

Like TSMC and Intel, trailing-edge chip makers are working on expanding their manufacturing abilities. Texas Instruments is spending about $6 billion to build a new fab in Richardson, Texas, and is planning to drop another $3 billion equipping one in Lehi, Utah, that it bought from

last year. Those two facilities are scheduled to start coming online late this year and early next, respectively. Analog Devices is scaling up a facility in Oregon that it inherited with its acquisition of Maxim Integrated Products last year. And

which went public in October, said in its last quarterly call that it plans to use the majority of the $1.5 billion raised in the offering for “capacity expansion plans to meet robust customer demand.”

Such decisions are easy to make now with sales booming from unfilled demand. The 30 companies on the PHLX Semiconductor Index averaged 32% revenue growth for their most recent trailing 12-month periods compared with average growth of 11.5% the year before, according to data from S&P Global Market Intelligence.

The risk, of course, is if demand cools before new capacity is fully utilized. Analysts for

predicted in a report earlier this month that trailing-edge chip makers could be in a state of “foundry oversupply” next year, hurting gross margins. Unused manufacturing capacity can get expensive for chip makers; Micron said the Utah facility it sold had been incurring around $400 million a year in “underutilization charges.” Chip makers pouring billions into new capacity will still need to strike a delicate balance—even at a time when they can sell everything they make.